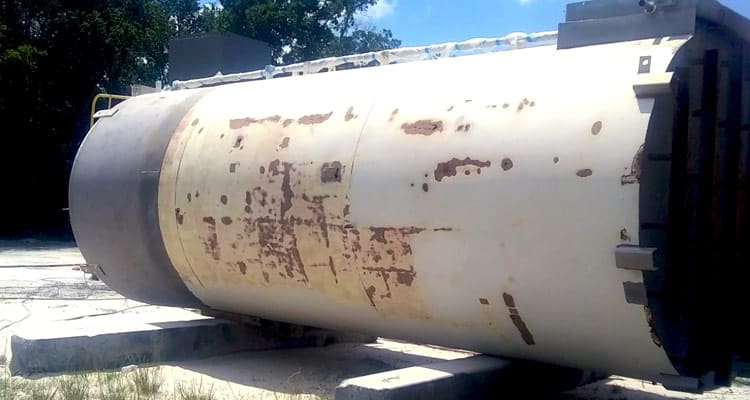 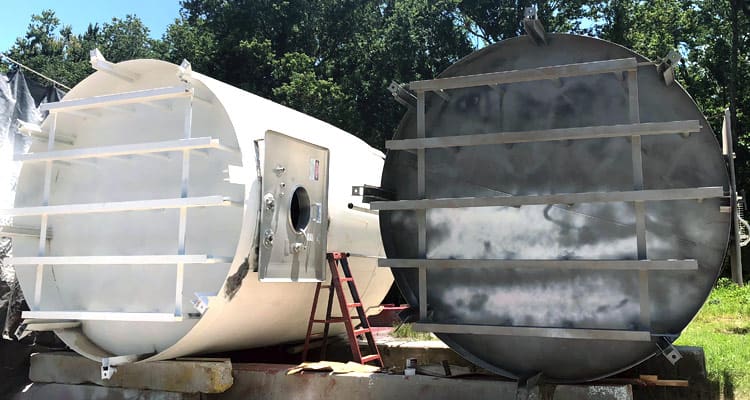 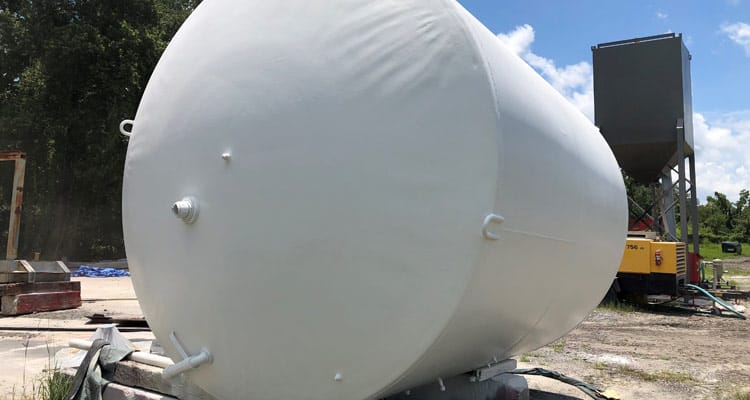 Sandblasting tanks can sometimes be challenging, but with the right equipment and planning it will go smoothly. Industrial Painting solutions was contacted by Palmetto Canning plant to remove, sandblast, prime, paint and reinstall 4 holding tanks used in the food manufacturing process. This project was challenging logistically, due to a 60 ton crane having to be used to remove the tanks from the manufacturing facility. Located in Seffner and Palmetto Florida, Palmetto Canning manufactures, bottles and ships thousands of bottles of Goya, Dales and soy sauce seasoning all over the world. These steel tanks are an intricate part of the manufacturing process and the tanks have to be structurally sound to deliver a quality product to the wholesaler and eventually to the end user.

The thirty, ten and five thousand gallon tanks have a stainless steel lining, insulation and a steel 1/2” outer shell to protect the stainless lining. Over time, humidity and exposure to harsh chemicals caused extensive corrosion to the metal shell of these tanks. Surface rust around the bottom of the tanks where water collected caused the major portion of rust. The bottom flange of two of the tanks were so heavily corroded, the steel had to be cut out and removed and new flanges had to be installed. Manufacturers often wait too long to control corrosion and no amount of sandblasting and painting will bring the steel back to a safe standard. Sandblasting steel tanks with sand silica is the best method to remove the existing coatings, rust and other particles. A 30-60 sand silica was used to white metal blast ( SSPC10) the corroded sections of steel. After blasting the surface of these tanks, two of the tanks had holes in the middle of the tanks. Instead of scraping the tanks, the owner decided to bondo the holes. After filling the holes, a coat of Sherwin Williams Macropoxy 646 was applied at 3-5 mills DFT. After a day of drying, one coat of Sherwin Williams Shercrill single component acrylic was applied at 3-5 mills DFT.

After painting, the owner inspected the tanks and was very satisfied with the end result. If your company has tanks that are showing signs of rust, now is the time to do something about it. A little maintenance could save your company costly repairs in the future.